November 16, 2013 – Wheaton Volunteer Rescue Squad opened their new station located at Georgia Ave. and Arcola Ave. with a ceremony attended by several hundred citizens, County officials and fire/rescue personnel from other departments. After ceremonies, which included a procession of the Rescue Squad’s apparatus from their old station to the new station, the public was invited to tour the two-story station.

The station has four drive-thru bays, enlarged facilities for the personnel staffing the station, a large community/meeting room with a commercial kitchen and ample parking.

Carol Hayden, from the Kensington Volunteer Fire Department was elected as President of the Ladies Auxiliary to the MSFA.

Michael A. Simmons from the Glen Echo Fire Department was inducted into the MSFA Hall of Fame.

The Bethesda-Chevy Chase Rescue Squad was First Runner Up for the Zembower Fire Service Training Award. 232  members provided an average of 57.87  student hours in training with a total of 13,425 training hours.

At the MSFA Parade: 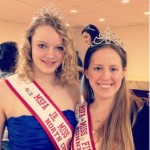 The North Central region consists of Montgomery, Carroll, Frederick and Howard counties. Cari is available to attend events throughout the region. To request an appearance, please contact the region coordinator at mcfireprevention@yahoo.com 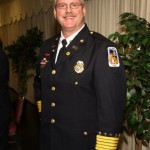 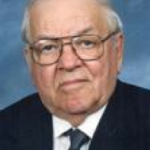 Chubby was an outstanding individual and contributed greatly to the fire and rescue service in Montgomery County. He was a life member of the Hyattstown Volunteer Fire Department, and held many positions in his fire department, the Montgomery County Volunteer Fire and Rescue Association, including as President in 1976-77, the Maryland State Firemen’s Association and other organizations.

In lieu of flowers, contributions may be made to Mountain View United Methodist Church, 11501 Mountain View Road, Damascus, Md. 20872

Deepest sympathies are extended to his family and friends.

For further information, see his obituary on the funeral home web site.

The MCVFRA held its annual convention on Thursday September 27, 2012. At the convention, hosted by the Cabin John Park Volunteer Fire Department and held at the Bethesda-Chevy Chase Rescue Squad’s banquet hall, awards were presented to various fire/rescue personnel and annual elections were held.

For photos from the annual memorial service and election meeting, please click here.

District 2 Representative to the Board of Directors – Joseph Chornock

District 4 Representative to the Board of Directors – Elmer Hamm

Montgomery County Isiah Executive Leggett and the Montgomery County Volunteer Fire-Rescue Association are pleased to announce that an agreement between the County and the Volunteer Association has been reached that will improve fire and rescue services for residents and visitors in Montgomery County. The agreement will boost communication, promote further cooperation and enhance the volunteer contribution to the County’s combined volunteer and career emergency fire and rescue service.

The County’s Emergency Medical Transportation Insurance Reimbursement Act, which will take effect January 1, 2013, will raise an additional $18 million a year that will be dedicated to additional staffing, apparatus, facilities and equipment – all at no cost to County residents. The money will come from insurance company reimbursements for medical transport. No County resident will ever receive a bill, pay a co-pay or deductible. Non-County residents will receive a bill that can be submitted to their insurers for reimbursement. Those without insurance will be able to file for a waiver of the fees.

“Although we are concerned that non-County residents will receive a bill for emergency transport, we do not support a referendum on the Emergency Medical Transportation Insurance Reimbursement Act,” said Montgomery County Volunteer Fire-Rescue Association President Marcine Goodloe. “The fire and rescue service enhancements that will result from this agreement are too critical to jeopardize. The Act will result in significant improvements to emergency services and the safety of County residents.

“County residents, the Montgomery County Fire and Rescue Service and career and volunteer personnel will benefit from enhanced fire and rescue service with the implementation of Emergency Medical Transportation Insurance Reimbursement Act,” said Goodloe. This agreement fosters a relationship of trust and support and recognizes the valued contributions by our volunteer fire, rescue and emergency medical services personnel.”

“The State of Maryland has decided to shift to Montgomery County what could very well be more than $400 million over 10 years in state teacher pension costs,” said County Executive Isiah Leggett. The State has also approved a new ‘Maintenance of Effort’ law on school funding that could force us to add millions more to our reserves each year above and beyond what we already do. These are changed circumstances of monumental significance. The additional revenue the County will receive from insurance reimbursements is vital. It will enable us to enhance fire and rescue services to keep pace with population growth, without cutting other essential County services.
(more)

“I appreciate the work and efforts by our County officials and representatives from the Montgomery County Volunteer Fire-Rescue Association,” said Leggett. “In particular I want to acknowledge Montgomery County Volunteer Fire-Rescue Association President Marcine Goodloe, Executive Director Eric Bernard and Counsel John Bentivolio for their leadership and efforts in forging this agreement.”

The MCVFRA does not solicit donations by phone or in person. Some organizations are misrepresenting themselves as the volunteer association when soliciting by phone. If you would like to donate to the MCVFRA, please send to: MCVFRA, PO Box 1374, Rockville, MD 20849. Donations are not tax deductible.

A ground breaking ceremony for the Wheaton Volunteer Rescue Squad’s new station will be held on Saturday July 14, 2012 at 11am. The new station will be located at 2400 Arcola Ave. at the intersection of Georgia Ave. The public is invited to the ceremony whose participants will include WVRS President Tom Brown and Chief Alan Platky, County Executive Ike Leggett and other Montgomery County representatives.

The station construction is a cooperative effort between WVRS and Montgomery County. In the event of inclement weather, call 240-777-2474 for updated information. END_OF_DOCUMENT_TOKEN_TO_BE_REPLACED 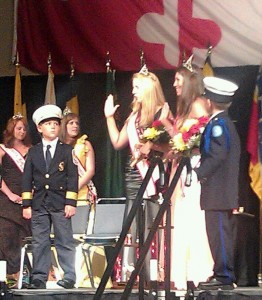 Solveig Petersen being sworn in